The second tram line in Nice (T2) is finally connecting Nice airport to Place Masséna and the old town. This is a significant improvement for anyone visiting the city as it will now be faster and cheaper to reach the city center. The tram is easily accessible from Terminal 1 and Terminal 2, as there is a separate stop at each terminal. 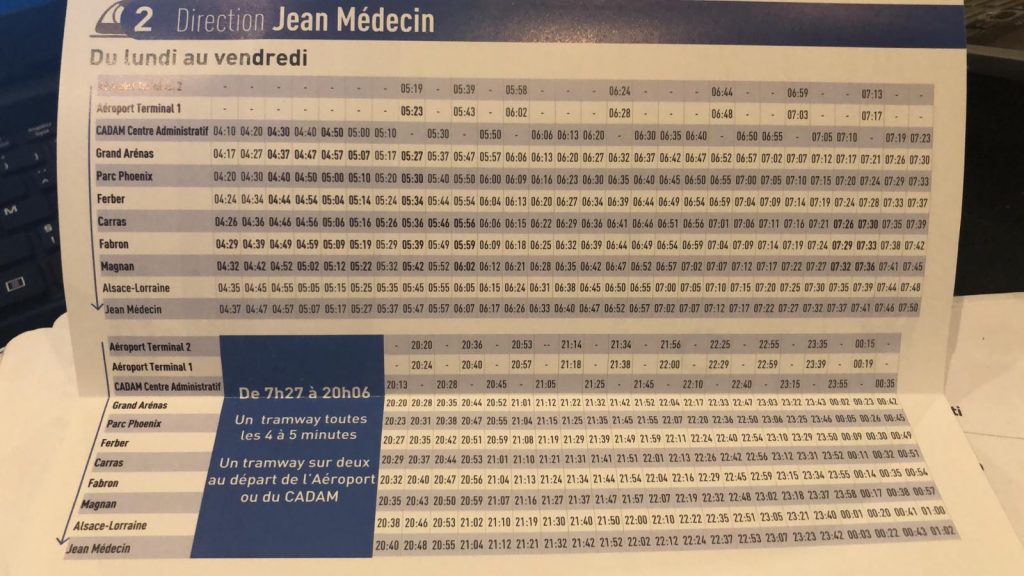 Where does the tram stop in town?

As of August 2019, the new tram line ends at the Jean Médecin stop, which is located by the Nice Etoile shopping center (corner of Boulevard Victor Hugo and Jean Médecin) and about 500 meters away from the Apollo statue at Place Masséna. In November 2019, a further three final stops will be opened connecting the airport with place Garibaldi and the port. 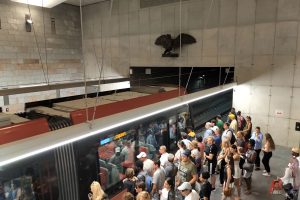 From the Jean Medecin tram stop, you have another five minute walk to Place Masséna. Alternatively, you could take tram T1 (from the same stop, but overground) down one stop to Place Masséna or anywhere else on the T1 line. 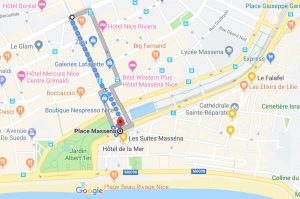 What is the cost?

Tram tickets, are the same as normal bus tickets in Nice and are 1.50 Euros, and you can get a pack of 10 tickets for 10 Euros (working out to 1 Euro/ticket). 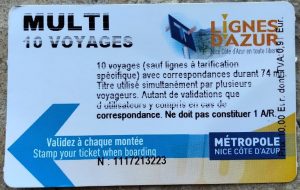 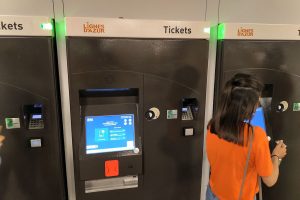 Before the T2 tram opened last week, the best public transportation option from the airport was bus 98, but it has now been suspended. The tram is cheaper, more modern and faster! 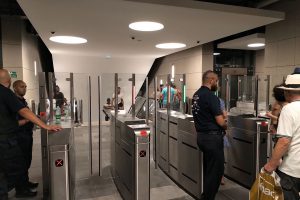